What’s The Difference Between A Couch, A Sofa And A Lounge? 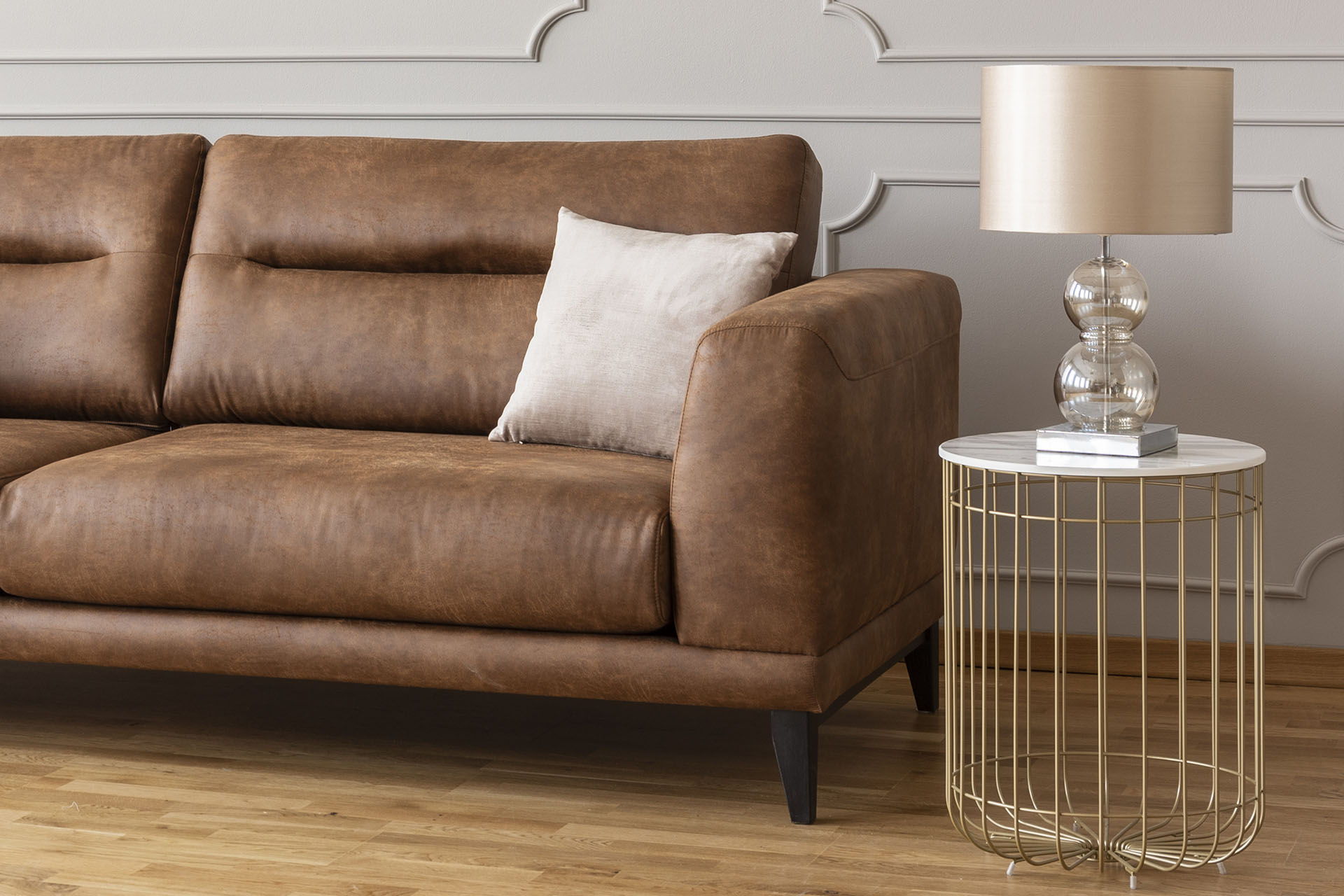 There wouldn’t be many households without one, but when it comes to talking about them they are often referred to by very different names. Couch, sofa lounge, chaise longue … what’s the difference? Read on for some simple living room lingo that explains the different types of sofas and will turn you into a lounging expert in no time!

The word couch is French in origin – the word ‘coucher’ means to lie down. So not surprisingly, the word is used to describe an item of furniture that you can predominantly lie down on (rather than just sit). Couches generally cater to two or three people.

In terms of its features, couches may have two armrests (or none at all), and are tapered at the back to allow for cushions. They usually have an interior frame that’s upholstered with fabric, and might also be manufactured with springs.

The word sofa originates from the Arabic word ‘suffah’, which means a wooden or stone bench covered in cushions. Sofas usually refer more to furniture that you sit on rather than lie down on.

In terms of style, they are similar to a couch in that they’re traditionally made from a frame, have armrests, a uniform back and are covered in upholstery. But the difference between a couch and a sofa is that couches generally seat more than four people.

Although many people interchange the terms couch and sofa, some see a couch as being more casual with large, soft cushions that invite you to lie down, whereas a sofa is more rigid, formal, and for optimal comfort needs to be sat on!

The word lounge is derived from the French term, ‘chaise longue’ which means ‘long chair’. Lounges are often longer (hence the activity of lounging!), and provide more seats than couches or sofas. However, their structure also relies on an interior frame covered by upholstered fabric.

Of course, actual chaise longues themselves do exist, and they often form part of a modular or corner sofa. They also usually have a lengthened seat to allow you to put your feet up. You can also buy decorative chaise accent chairs or combine an armchair with a chaise longue.

Modular sofas come in various combinations of shape and length that allow you match the structure of a room. They are generally made up of multiple pieces that can be joined together (rather than a fixed structure), so are ideal for filling awkward spaces. They can also be manufactured with multiple seats, which makes them the ideal option for families and homeowners with large living spaces.

A sofa bed (as the name suggests) is part sofa, part bed. It functions like a regular sofa but can convert to a near full-size bed when required.

Day beds are a cross between a couch, bed and a chaise longue and they often feature a trundle in order to expand sleeping capacity.

A recliner includes either an electric or manual mechanism that allows the back of a sofa’s seat to recline at the same time as the foot of the seat raises as a footrest. Recliners can be designed as a single seat or as an armchair. They can also form part of a larger sofa or modular sofa, which is why they are popular in home theatre rooms.

Incliners are similar to recliners in that they have moving footrests and allow you to stretch out and relax. However unlike recliners, the seat slides forward and up at an angle as you sink into the chair as opposed to the seat back moving. Their main benefit compared to a recliner is that you can place them against a wall in order to save space behind the sofa.

Is your favourite couch, sofa or lounge looking a little worse for wear? Contact the experts at Lounge Repair Guys. We are experts in a variety of furniture repairs and restorations!